In order to keep pace with Taichung City's rapid growth, the central government's Ministry of Transporation and Communications has prioritized plans to develop a Taichung mass rapid transit (MRT) system, known as the Taichung Metro. Current plans for the eventual construction of at least three lines, as noted below, with ground being broken in October, 2009 on the Green Line, scheduled for completion by 2015. 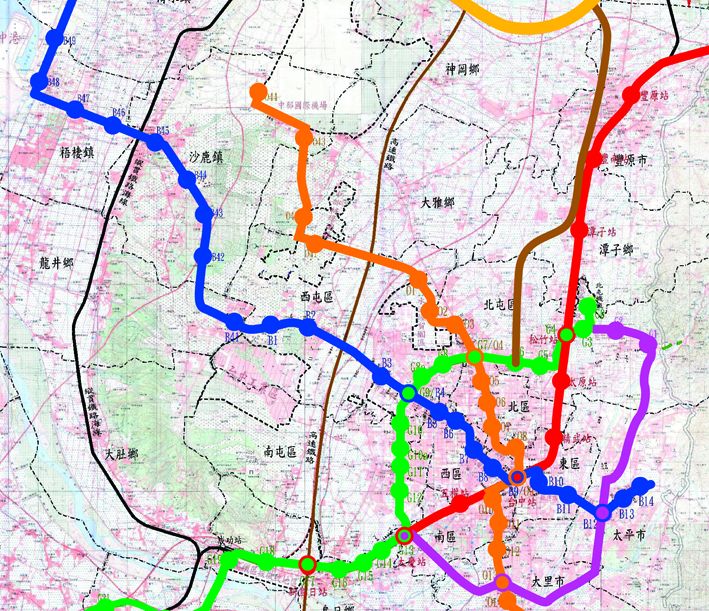